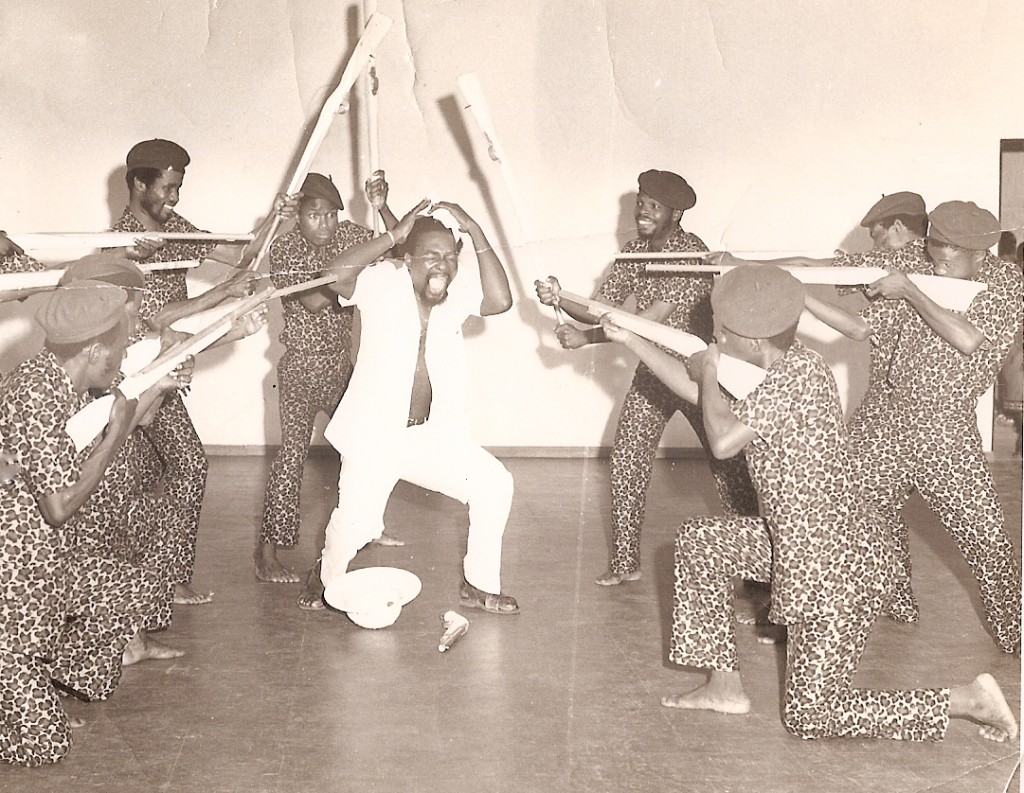 At the height of the Liberian Civil War in the early 90’s, I realized there would be horrific destruction of the country, especially the education system. None would have more impact than the lost of self-respect, dignity and self-confidence of the Liberian people.

The proliferation of NGOs inevitably followed millions of aid money in Liberia during the emergency period, encouraging and developing a ‘welfare mentality’. The population lost its confidence, dignity, and became increasingly reliant on gratuitous ‘foreign assistance’, the exact opposite of what was really needed for a sensible, sustainable national reconstruction. The nation needed to invest in the ‘human infrastructure’; instead there is a disproportionate focus on physical infrastructure.

The Blamadon Theater Workshop was a powerful tool and platform for conveying transformative information, creating awareness, and articulating the need for action during youth activism in the ‘70s. It promoted and encouraged social and political equality through its theatre and television productions. Unfortunately, the activities of Blamadon Theater Workshop ended as repeated imprisonment and near execution by firing squad in 1985 forced me into exile in the US.

Returning and settling in Liberia in early 2000, I was amazed how the adult population still remembered the Blamadon activities; and was challenged by their demand that we revive Blamadon as it was needed more in post-war Liberia than in the ‘70s. These encounters convinced and inspired me to establish BCA, an improved Blamadon Theater Workshop. Significant additions would be a robust advocacy for arts and culture; and an effective skills development and employment program that addresses the commanding issue of youth unemployment. A self-reliant population does not have to wait to be employed. With its innate talents, it just needs to acquire the mentality and attitudes for self-employment.

My professional training and experience in theater and culture, and my Harvard University education in Educational Planning and Social Policy Analysis provided the basis and framework for harmonization and synchronization of the two disciplines in driving this new venture.

Learn About: The Concept

DONATE & FIGHT EBOLA!
Join us on our Ebola Awareness campaign
Support the Arts
Lorem Ipsum is simply dummy text of the printing and typesetting industry. Lorem Ipsum has been the industry’s standard dummy text ever since the 1500s, when an unknown printer took a galley of type and scrambled it to make a type specimen book. It has survived not only five centuries, but also the leap into electronic typesetting, remaining essentially unchanged. It was popularised in the 1960s with the release of Letraset sheets containing Lorem Ipsum passages, and more recently with desktop publishing software likE